An anthology of his political commentaries was published in 2013 as a book, Conflicts, Geopolitics and Asia Volume 1: 2010-12 – A Short Diary of Notes from the Region, and is widely available at world’s leading online book stores.

His long-term ambition is to play a leading role in the “development and spread of social welfare-oriented media convergence in India”.

Anshuman is the founder, project and communications director of Intelligence91 ™, “the world’s only India-centric travel intelligence company focused solely on providing critical travel intelligence in the form of travel risk management strategies and responses to help governments and organisations in their task of ensuring a secure and successful India travel of their workforce“.

He is also the founder and content and communications director of League of India, India’s first and only News Action Tank ™.

Along with the aforementioned, he is busy with his role of publisher, publishing manager and communications director of Peepal ke Patte, a forthcoming classical novel in Hindi. The hardcover book would be out on stands in the last quarter of 2014.

He rounds off his schedule with independent consultancy related to the media and communications sector.

Entrepreneurial by instinct, Anshuman founded a film production company, The Lotus Eaters (TLE), in a tiny room in his parents’ home when he was only 25.

Under the banner, he went on to write, produce and direct A.O.D., one of India’s earliest English feature films on digital format.

A.O.D. was showcased at Las Vegas, Los Angeles and New York editions of New York International Independent Film & Video Festival (NYIIFVF) and Pune edition of Asian Film Festival (AFF), where it got a standing ovation and an invitation from a South Korean academic delegation for delivering a talk at their university.

After the AFF, a section of press hailed him as an unknown young film wizard.

At 28, he founded Rawat Media Private Limited (RMPL), a media startup with own corporate premises in Ahmedabad. RMPL completes 11 years in September.

Over the next decade, he led many a pioneering endeavours on behalf of RMPL. A couple of notable ones are:

Two years later, he founded and edited The Indic Post, India’s only standalone internet newspaper of its time (just around the arrival of The Huffington Post).

Overall, he has led RMPL from the front during the last decade in creating, managing and delivering cross-platform content, cross-cultural communication and cross-domain consultancy services.

In an independent capacity, he worked in Singapore for a year (2011-12) as a senior editor at Asia360 News, a pan-Asia weekly news magazine and as an executive editor (simultaneously) of four business/trade monthly magazines (2007-08) at publishing and events company in Ahmedabad, India.

He is a sport, cinema and travel enthusiast and stays with his mother, wife, and daughter in India.

Thank you for visiting my personal website. This space contains a collection of some of my original works (writing, designs, and other multimedia) that were either created for this site or were first published at and for a different address. 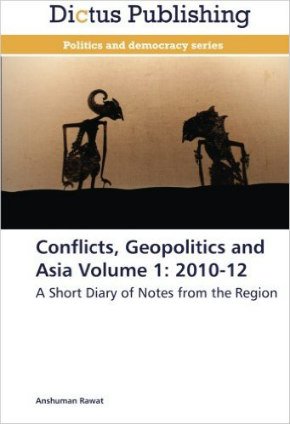