Public Health Communication has to be ‘Mainstream’ 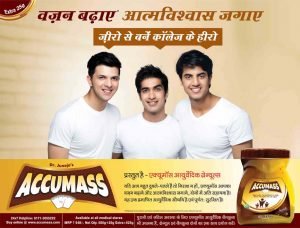 A cursory study of health communication would reveal that when it comes to catching eyeballs, the catchy promotions of, for example, private label herbal supplements beat hollow the rather ritualistic promotions of healthcare initiatives by our government. While the difference in the target audience indeed contributes to the difference, the key, I’m afraid, remains the incentive for the campaigns.

It is very easy in our current world to get very passionate about a project that offers instant riches as a ready incentive. Given the demands of the modern life, there’s absolutely nothing acutely immoral in that, I guess. A Food Safety in India Advertisement by FSSAI

Given the background, however, how does one attract the best talent for the production of public health communication campaigns – irrespective of the media platform?

Isn’t that an urgent issue in a country like India, where healthcare continues to be one of the biggest ‘enemies of the state’?

It wouldn’t be anyone’s argument that the mighty government bodies do not have funds to be able to afford an accomplished ‘mainstream’ talent. The operative word being ‘mainstream’, denoting not someone who caters to the lowest common denominator but a maker of communication campaigns that work with the widest possible range of the target audience.

For example, many might dislike a popular Hindi film actor but would still not only be exposed to his ‘messages’ – mostly commercial advertisements but also public policy or program endorsement – across mass media platforms.

And we do have a stirring example of that: Endorsement of the Government of India’s Pulse Polio program by Amitabh Bachchan, who, I believe, is the biggest star-actor in the history of Hindi cinema. During the run of the campaign, India reported an exhilarating decrease in the number of polio cases – from 741 cases in 2008, to 42 in 2010 and just one case of polio in 2011. The program was such a superlative success that it was acknowledged by UNICEF.

Another good current example of ‘mainstreaming’ of public health message is the ‘Nirmal Bharat Abhiyan’ – a Government of India program about national sanitation. The campaign makes great use of a widely recognisable Hindi film actress Vidya Balan to stress home the urgent need to have toilets at home. In fact, it manages to be provocative enough to pass on the message – aimed largely at semi-urban and rural households – of sanitation being more important than socio-cultural rituals like women covering their face in front of elderly male in-laws of the family.

This is a great example of public health communication that pushes the envelope while, ostensibly, talking only of a single issue in an easy to understand language.

If you were to do a popular pole of public health communication campaigns that most people are aware of the Vidya Balan ‘build toilets’ campaign would feature well in a list that is still bound to be headed by Bachchan’s pulse polio program.

Simply because both the communications bring the campaign right to the dining table – via people who most would love to invite home for dinner.

But these are just two of the handful of successful public health communication by government agencies. The rest are either not produced well or not delivered well. In most cases, it is the combination of the two. Money, of course, is spent on them anyway.

As with any war, the idea of the government of the day should be to ‘choose the battles wisely’ and go all out with making the message as much part of the daily life of society as much possible, using as much recognisable messengers (not just film actors, of course) as possible, in as much understandable and repeatable manner as possible.

Neither being too clever (by being too ‘cutting edge’) nor being too arrogant (by ‘obliging’ the masses with stale messages) is going to work.

< Previous Article
Is communicating success the first step of success on social media?
Next Article >
How Good are You at Communicating Change?
Related posts that might interest you

An Elementary Primer for Your Crisis Communication Efforts

How Good are You at Communicating Change?