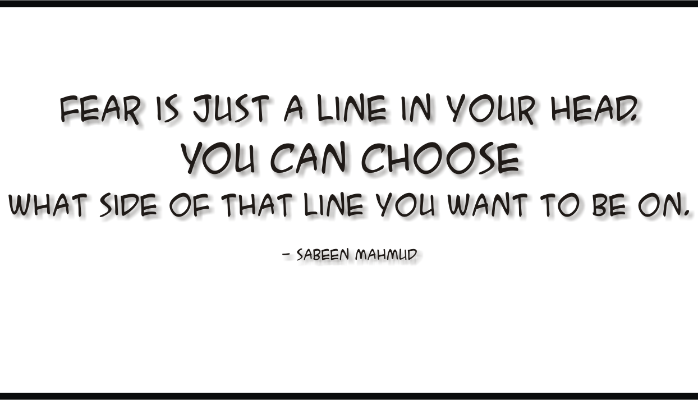 ‘Friend’ is a rather strong word, but I believe Sabeen Mahmud and I considered each other almost that – despite not being in touch lately. We had first got talking in 2006 due to our common links then with The Indus Entrepreneurs (TiE).

A few years into my own business, I was just about testing TiE organization waters via ‘a mere’ ordinary membership of TiE Ahmedabad (India) Chapter, while she was already, among other things, a guiding light of the Karachi (Pakistan) Chapter. But that didn’t stop her from signing off her first email in her uniquely unassuming, unpretentious style: “32 – non-procrastinating female bachelor (what in the hell is a politically correct alternative to spinster, btw?)”

Last night (April 24), two gunmen on motorcycle pumped five bullets into her body while she was on her way home in Karachi. The attack took place shortly after she hosted a talk event titled ‘Unsilencing Baluchistan’, about the issue of human rights in the province that has played host to a bloody separatist insurgency for many years.

As per the New York Times, Sabeen agreed to host the discussion after it had been canceled at a private university in Lahore, “reportedly at the behest of Pakistan’s Inter-Services Intelligence (ISI) Directorate”.

But this piece is not about the politics surrounding the tragedy. Reflecting the DNA of this platform, this remembrance is about Sabeen’s unshackled entrepreneurial spirit.

Though she was already established as COO of Beyond Information Technology Solutions – b.i.t.s, a J Walter Thomson (JWT) associate company, her fierce independent streak reflected in no form better than the place she nonchalantly named The Second Floor (T2F) – “because it was housed on the second floor of a nondescript office building”.

But there was no nonchalance involved with the purpose of the space. Sabeen was clear about what she wanted T2F to be: ‘A community space for open dialogue’.

To gather context about the initiative, read this by NPR’s Dina Temple-Raston:

“If you were in Greenwich Village or SoHo in New York, this would sound like more of the same. But this being Pakistan, the Second Floor is unusual. When lawyers demonstrated after then-Pakistani President Pervez Musharraf fired dozens of senior judges in 2007, demonstrators planned their next moves at the Second Floor.”

One of the more notable recent events of T2F was Pakistan’s first ‘Hackathon’ in 2013 – a weekend-long event with about ten teams focusing on solutions to civic problems in Pakistan.

Organised a few months ahead of the country’s parliamentary elections, the event featured a diverse group of people, from coders, civic planners to private sector executives.  After brainstorming about Pakistan’s three dozen odd problem areas, the selected participants got down to working on nine targeted issues that could be solved with workable, effective apps.

Such was the aura of the enterprise that the administration was more than excited to be a part of it – especially since some of the apps were about identifying, tabulating and reporting government infrastructure and delivery inefficiencies.  Other solutions ranged from crime mapping to emergency services.

Yes, apps for governance delivery – in a region where the latter is still largely non-existent!

But then that’s what set her apart.

A self-confessed ‘tech addict’, she was a ‘Mac snob’ to such an extent that she often gave Steve Jobs credit for shaping her “anti-establishment, anti-war, pro-freedom worldview”. It wouldn’t be too much of an exaggeration to say that design and technology were an extension of her body.

Once during a visit to her maternal uncle (‘Mamoo’) in London, she found herself without connectivity for some reason. “Didn’t mean to not respond – have been in London with no Internet access. […] I tried dialup but his phone line felt like it was from the sub-continent… Any other city and I would have fallen ill but London!!!!!!!! So much to do and see that didn’t miss the lack of connectivity much,” she wrote to me a few days later.

Over a period of 8 years, T2F hosted over 800 events – reaching the current average frequency of about four events a week. The events include corner meetings for independent political candidates, symposia on culture, technology and society, tele-conferencing with exiled leaders and thought leaders from across the world, talks, readings, standup comedy, film screenings, concerts, technology workshops, art exhibitions and pretty much everything that it was approached for. A large number of those events were streamed live, tweeted in real time and digitally recorded for archives.

But it is not about numbers. It is about entrepreneurial spirit being put to effective use in the social sphere.  She once told me, “Street art adds colour and intelligence into a city, without changing the infrastructure”. The context was our conversation about mixing her expertise in design and technology and my understanding of civil engineering and media to good use towards a better society.

With tributes pouring in from New York Times, Pakistan’s current and past leaders and countless admirers on the social and mainstream media, one thing is clear – she added an awful lot of colour and intelligence to her society, despite her abridged stay therein.

“Hatred is inexplicable yet so rampant and accelerating at an appalling pace. You’re right, film/cinema is a potent medium. I’d love to try my hand at it – soon, hopefully” – she once wrote to me.

“It was good to hear that you’re open to the idea of making cinema. Maybe one day we can make a joint production – a lavish musical. What say ya? 🙂” – I had joked back.

Maybe some other time; so long, Sabeen Mahmud!

< Previous Article
Thinking Aloud: To Found or to Not, a New News Product
Next Article >
Human Care Central Startup Diaries – 1
Related posts that might interest you